On Sunday, March 6th, the Oakland Women’s Soccer Team hosted their first College ID Camp. In today’s competitive world, College Soccer ID camps are an essential part of the recruiting process. These kinds of camps provide an opportunity for high school athletes to get technical coaching from collegiate coaches, in this case, specifically from the west coast. Lincoln University was host along with UC Davis, St. Mary’s Collegex Fresno State University, Cerritos College, and Merritt College.

Lincoln’s brand new coaching staff, consisting of Greggmar Swift, Michael Ohioze, and Edvin Mendez, spearheaded the camp hosting about two-hundred high school athletes, all with high hopes to play collegiate soccer. Several of these young individuals were from high schools in the Bay Area, however, several traveled as far as San Diego and even Nevada.

Michael Ohioze, an assistant coach for Lincoln, explained the camp gave young players a chance to showcase their skills in front of college coaches. It also allowed them to ask questions about the college recruiting process, get some direction, and learn if they really want to continue playing soccer at this level.

Not only was this an amazing opportunity for the players, but also for the coaches to get prospective athletes for the 2023-2025 classes. Ohioze said, “It was so great to actually work with the athlete’s hands on. We could get to know them more, see how they interact with each other, and understand who the athlete truly is.”

Head coach, Greggmar Swift, explained a few other goals of the College ID camp, “One of the main points of Lincoln University hosting the camp was to bring much more publicity to the university itself, in terms of individuals knowing a women’s soccer program.”

Not only did the school receive excellent exposure, but it was also a way to network with other coaches from other schools. Lincoln invited coaches from Portland State, UC Davis, Fresno State, and St. Mary’s, which are all Division I schools. Swift added, “This camp served as a way to build relationships with bigger schools and possibly gain contracts to play against them in the future.”

Two junior colleges were also involved in the camp, Cerritos College and Merritt College. Swift was the former coach at Merritt, so Lincoln was able to build on the existing relationship with them, as well as gain new connections with Cerritos. Coach Swift continued, “Connecting with coaches at these junior colleges brings us potential for possible sophomores transferring up. On all fronts, the camp was a success.” 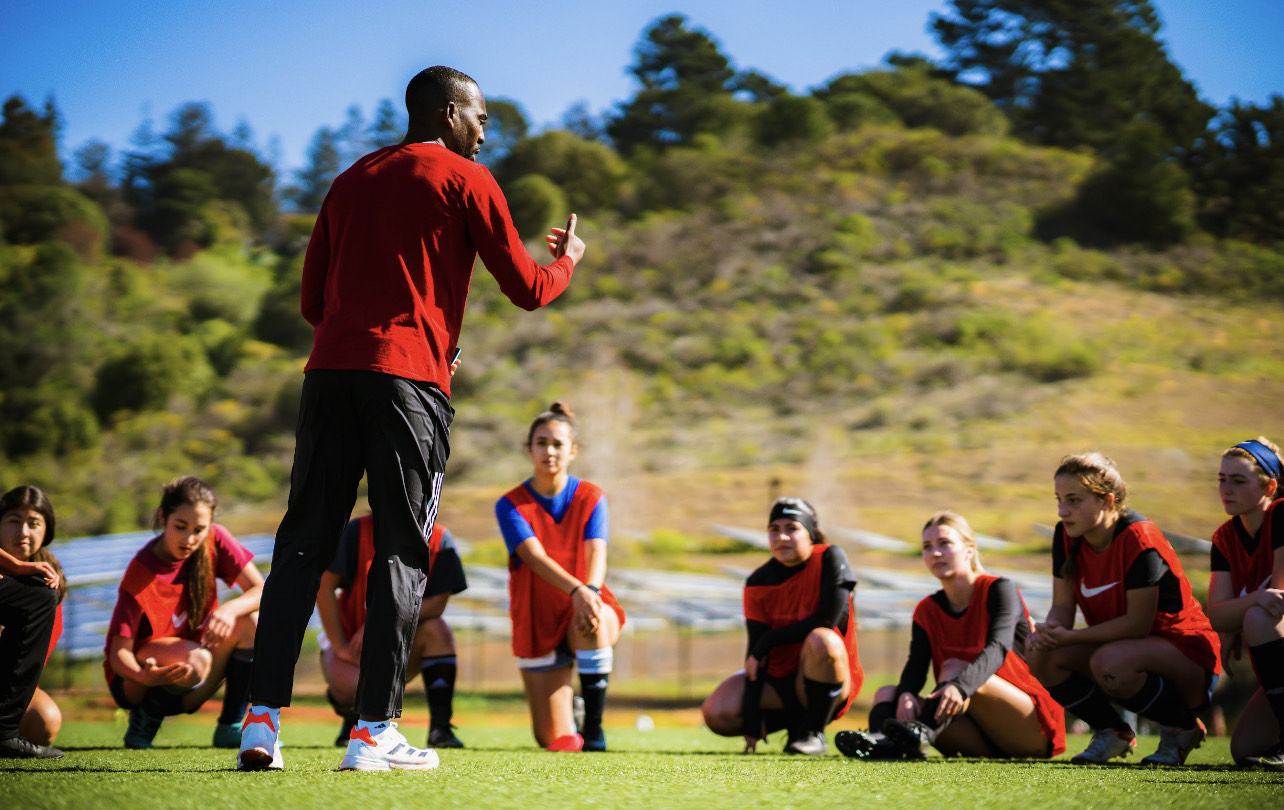 Assistant Coach, Edvin Mendez, explained that this was his first College ID Camp and was surprised to see the amount of talent from well-rounded, hungry individuals. Edvin stated,“It was a good eye-opener for me and I’m excited for all the potential there is for recruiting” He explained that the girls worked on passing and shooting drills and played multiple scrimmages against each other. “I was also very impressed by the effort that was put in by everyone, including the coaching staff organizing the event and all the individuals playing hard to get noticed and seen.” 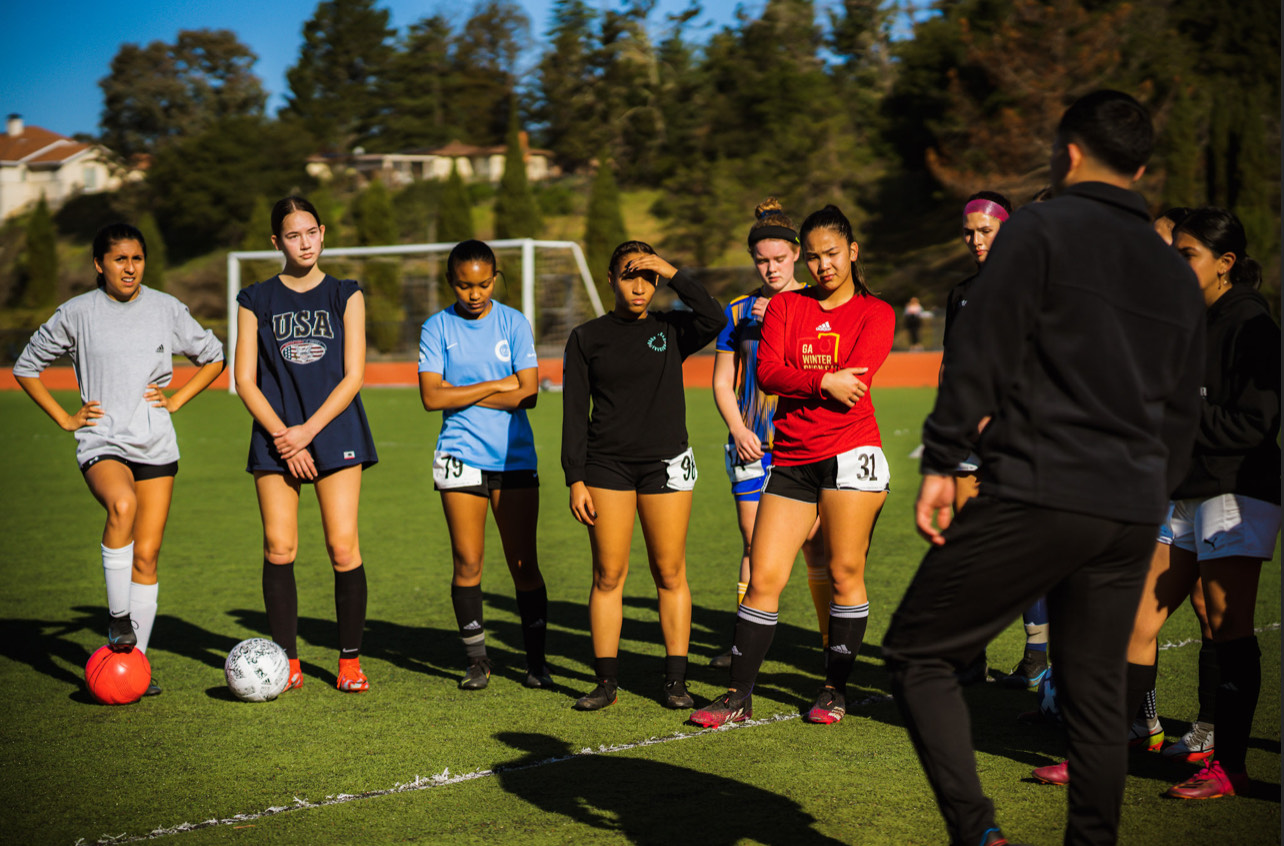 Three future Oakland Soccer players for the 2022 season, Fatima Rivas, Judith Orozco, and Aylin Acosta were all able to assist the coaching staff with the camp. These young ladies are all from the Bay Area, making it easier for them to help out and get their feet wet on the Lincoln playing field. Fatima Rivas, a transfer from Merritt Community College, stated,

“I had an amazing experience at the camp and left feeling very grateful and accomplished. This opportunity allowed me to see and feel the talent that is all over the Bay Area. Prior to the camp, I had only interacted with three local teammates through social media, so meeting them in person for the first time felt exciting. Being at the camp with my future teammates, even if it was just for a few hours, made the Lincoln Women’s Soccer Team seem a little more real. As always, every coach was very motivational, and I will forever be grateful for what they do for me and our community.”

This was the first official event for the new Lincoln Women’s Soccer coaching staff and the trio agreed that it was exciting to be working together out on the field. Mendez commented, “Things are starting to feel even more real for this program.” All three coaches enjoyed being amongst each other and are ready to get the ball rolling for the 2022 season.